On feed, and shortages thereof

Posted on November 18, 2011 by cliffhousealpacas

A month ago, our hay supplier’s storage barn burned down. Around 100 tons of hay were lost in the fiery conflagration, including everything he had set aside for us for the winter. Now we’re scrambling for feed, and not just because of the barn fire. This situation has really driven home how global our economies are, even in, of all things, the hay trade.

We feed the horses timothy hay, for the most part. It’s a good hay, and the best stuff comes from the high altitude valleys. You can harvest hay twice during the growing season (called “cuttings”). Because we had such a late spring, and early winter, Colorado growers only got one cutting of timothy, effectively halving the availability of this staple. The alpacas can eat timothy, but we don’t feed it to them. Look at all those little seeds. I’d never get them out of the their fleece. Shudder. 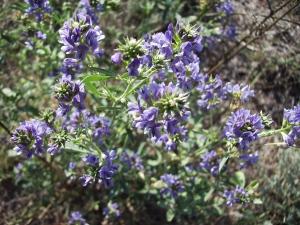 Both the alpacas and the horses get a little bit of alfalfa.  It’s the most expensive of our feeds, running at $14 a bale this year. It’s high in protein, and makes horses run hot. In the winter, this is actually kind of a good thing, as their digestion keeps them warm. The ‘pacas are just spoiled. They like the taste better, so Mom puts it at the bottom of their food bins, beneath the less tasty stuff.

The alpacas eat primarily orchard grass. Prices have jumped from $8.95 to $10.95 per bale, if you can find it at all. Droughts and fires in Texas and Oklahoma have dramatically reduced the availability of this grass. Feed stores and ranches are sending semi trucks to buy up all the Colorado grown stuff. We are producing less than usual, partially because of the short growing season this year, but also because many growers are converting their fields to corn for ethanol fuel.

On top of these local and national factors, shortages are further exacerbated by international disasters. The US government has pledged 100 million tons of hay to Japan as part of the tsunami relief effort.

I’m an ecologist, and if I had to sum up my discipline in 3 words, they’d be: “Everything is connected.” It seems obvious enough, but there’s nothing like scrambling to feed your animals here in the center of the United States because of a tsunami in Japan to really personalize the concept.

Once upon a time, my dad drove by some funny looking animals standing on little dirt hills in a field. Thus, the dream of an alpaca ranch was born. Now, we are embarking on a grand adventure of raising alpacas and becoming fiber artists.
View all posts by cliffhousealpacas →
This entry was posted in animals and tagged alpaca ranch, alpacas, disasters, feed, hay, horses, ranch life, shortages. Bookmark the permalink.